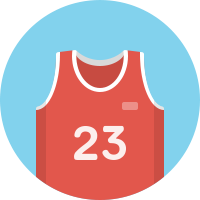 If you’re responsible for motivating a team, remember above all that people appreciate context, and to see how their efforts contribute to the big picture. Getting your team in line with the company’s vision is crucial to high morale and increased productivity.

Would you rather be assigned a task and expected to knock it out of the park if you a) Had no idea the role or impact of your contribution or b) Clearly understood how your contribution is critical to the success of an entire project—and by extension–the whole company? Most of us would probably choose the latter!

So much brainpower is directed at marketing to our customers. But what about the often overlooked importance of marketing to your own team? If you want happy employees and great results, this is a critical step.

Big Companies Market Internally But So Can You

The best internal marketing connects employees to a brand, and demonstrates the brand’s values and mission through purposeful action.

The gold standard is Coca-Cola, who’s Ambassador Program is an avenue for over 100,000 Coke associates to contribute to communities across the US. Not only does the Ambassador program have a positive impact in the communities it serves, it also lets associates be a part of the company vision, which goes far beyond simply selling refreshments.

Market Through Your People

Other companies like CNN or Turner give away tickets to basketball games, or send employees’ kids to Hawks camp. Everyone loves the perks, but on the flip-side it’s a great way for companies to market their brands through their best assets: their people.

Turner, like many companies, has a volunteer day that helps employees bond and connect to the company mission. These sorts of events are great because they don’t necessarily cost money and can be organized by companies of all sizes.

For its part, Coke put a can of Sprite emblazoned with an inspirational quote on every employee’s desk before marketing them externally. And before the popular “Share a Coke” campaign went live, the company allowed employees to first buy cases of whatever names they wanted. It would be pretty hard to be unaware of that new product initiative with that kind of internal marketing!

Marketing to your team can be also as simple as helping them try something new outside their comfort zone. 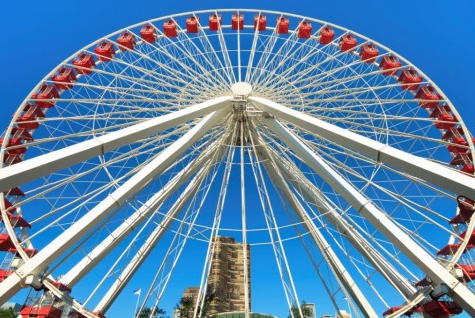 A favorite team-building story of mine involved a large ferris wheel. Most everyone on the team was game to take a ride and take in the view, but a couple guys were not so keen. Ultimately, they boarded the ride, and the biggest guy on the team sweat right through his clothes!

The reluctant riders weren’t angry though. They all faced a fear outside of their comfort zones, and the triumph gave the team a vivid memory to talk about and relate to ever after.

Don’t underestimate people’s love of free stuff. If someone hands you a branded pen, you take it, right? You don’t need it, but hey, free pen!

Of course, there’s more to it than just the pursuit of more stuff. Physical objects tell a story and symbolize past events, shared experiences, and accomplishments.

When rolling out a new service or product, don’t forget to market to your own team that’s ultimately responsible for its success. Create stickers, pens, sticky notes, whatever. What inexpensive thing you’re offering is less important than that it represents being part of a great team that’s doing awesome stuff. 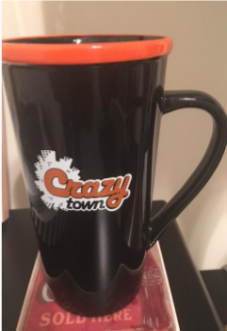 Sometimes it’s OK to commemorate the not-so-awesome stuff too. A great example of this happened after Turner bought a a successful children’s television production firm called “LazyTown.”

One of the technology projects that took place after the acquisition had some significant challenges and wasn’t particularly fun. At the end of each day the team would get together to catch up and try and lighten the mood. One day, someone on the team asked, “How do I get a job at Lazytown vs here at ‘CrazyTown’?”

Everyone had a good laugh, and soon after a logo was made and the CrazyTown mug was born. People loved the mug because it reminded them of a difficult project overcome, and the levity struck between teammates. Many brought it with them to new jobs and teams, sharing the story along the way.

Internal marketing is not some nebulous, soft thing. Like anything in business, it’s important to measure results. Productivity is a useful metric for understanding the success of internal marketing, as it sheds light on an employee’s dedication to the company, and thus to getting work done.

On bigger teams, surveys can be useful to determine how connected an employee feels to the company, and to rate their motivation. On smaller teams, be observant of what’s happening among your team. Watch over time and if you’re doing your job, you’ll start to see your team really cooking. Are they communicating more? Asking each other questions? Opening up to new team members? Success!

Mick Jagger once said, “Anything worth doing is worth overdoing.” From a communication perspective in business, anyway, that’s true. People need to be on the same page of the company vision. If people are sick of hearing about the project and company vision, then that more than likely means you’re doing a good job!