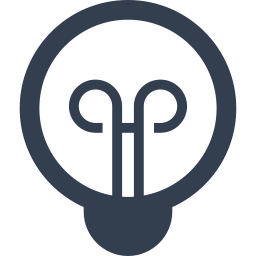 In a recent post, we discussed how using conversion tracking in AdWords is the key to knowing whether the service is earning you a positive Return on Investment (ROI). That is to say, whether it’s delivering value in line with what you’re investing. A “conversion” is any desired action taken on your site, like a download, an estimate request, or a direct purchase.

If you have set up conversion tracking and you’ve logged 15 conversions in 30 days, and they’re occurring at a steady rate for at least a few days, then you’re eligible for the next step: conversion optimization.

The goal of conversion optimization in AdWords is to increase profitable clicks, reduce the less profitable ones, maximize opportunity, and minimize costs. Fortunately, that just got a whole lot easier to do.

The Strategy Behind Conversion Optimization

To increase your ROI in AdWords, your campaigns need to target the keywords, ads, bids, locations, days, time, device, landing pages, and various other factors that lead to a higher percentage of conversions, not just more clicks and higher traffic.

AdWords will send traffic to your site all day long, but it’s the traffic that converts into sales or other desirable conversions that impacts your ROI, so it’s important to use performance data to increase the likelihood that your paid traffic will be worth the cost.

The Old Days of AdWords

Until recently, if you wanted to optimize for conversions in AdWords, you would have had to slice and dice loads of AdWords data and create reports to tease out what configurations of the above-mentioned factors led to profitable conversions. You then had to tweak your campaigns, report on results, rinse and repeat.

This is a tall order, and typically only bigger-budget businesses had the resources to hire dedicated AdWords specialists to manage their campaigns, a distinct competitive advantage. Of course, Google has an interest in everyone using AdWords, including small businesses, so they’ve continued to improve their tools and outreach to help do-it-yourselfers get more bang for their buck.

In With the New: AdWords Conversion Optimizer

Though many businesses still prefer the granularity of manual conversion optimization, the arrival of AdWords’ Conversion Optimizer is very useful, particularly for small businesses who don’t have the time, resources, or expertise to run sophisticated campaigns.

Using historical data in your account, the Conversion Optimizer predicts when clicks are likely to be more valuable to you, and automatically changes your bids in response. It also operates on Cost Per Acquisition (CPA, where the “A” means conversion) rather than a Cost Per Click (CPC) model.

This is useful since it more directly connects your conversion tracking goals with your campaigns. So if you know a conversion is worth $50 to you, you can set a CPA of up to that much and still turn a profit, without worrying so much about the nitty gritty of keyword bidding.

Imagine that you sell candy canes and someone in Florida searches for “buy candy canes” at 2 AM on a Wednesday in August. If that sort of situation is historically likely to lead to a conversion for you, then your bid will automatically be increased. If not, it will be lowered. The idea is to focus your resources on just the ad auctions that are known to be good bets. Smart, right?

Setting Up the Conversion Optimizer Tool

To use the Conversion Optimizer, you need to have conversion tracking set up in AdWords, and have received at least 15 conversions in the last 30 days. Those conversions also need to come in at a similar rate for at least a few days. Why? The whole idea is to automatically make decisions based on historical data, and that data needs to come from somewhere.

Remember: There’s No Such Thing as Magic

While the Conversion Optimizer is a marvelously impressive bit of technology that can help you save resources and increase your conversion rate, it isn’t magic. The aforementioned 15 conversions required to activate the tool are a small data set — so it’s far from foolproof — but with every new conversion comes new information that makes the tool smarter. So while it frees you from manual bids and adjustments, it does not mean that you can forget about your keywords, ads, budgets, content, sales figures, or anything else. It’s just another tool that can help you reach your goals.

If you’re looking for a relatively easy way to try and maximize conversions and increase your ROI, then Conversion Optimizer could be a great fit for you. Just remember, this tool still requires management, and though it can be helpful, it’s just one of the myriad ways to further increase your ROI.