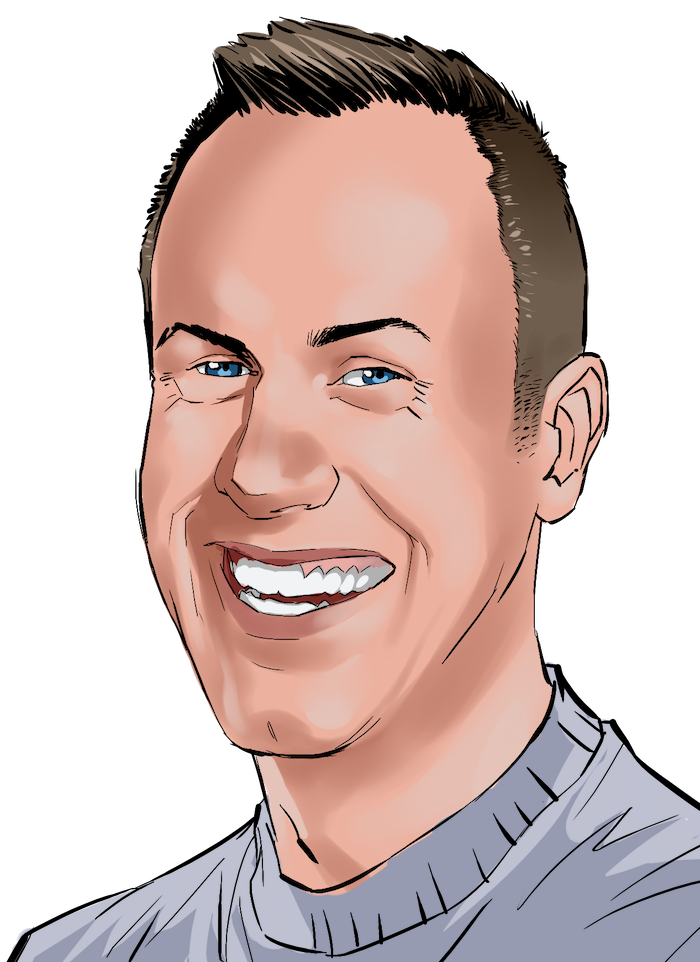 Steve spent three years building TriNova from idea to acquisition to multi-million dollar brand. Don’t worry about the stuff before that – it was weird. Before you scoot over to LinkedIn, here’s the scandalous truth: Steve spent 10 years as a college minister, earned a Master’s in Philosophy of Religion, and passed another 730 days teaching high school. Yes, high school.

The transition to brand marketing happened because of Project Runway, but it’s too long to re-tell here; just ask him when you see him. Since that transition, he’s read and listened to everything possible to play catch up. He loves Amazon selling, brand identity, copywriting, chatbots (that don’t suck), and the story of how marketers invented the Chilean Sea Bass.

Steve lives in Chicago with his wife Jenna and three kids, but still secretly thinks of Orlando as home. You can often spot him running along the lakeshore in shorts that are arguably not long enough.