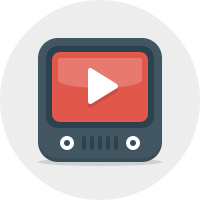 On mobile alone, YouTube reaches more 18-34 and 35-49 year olds than any cable network in the United States. That’s a massive audience on a platform that leverages sight, sound, and motion.

You may think of YouTube as a place for home movies, kittens, and haul videos, and you wouldn’t be wrong, per se. However, it is that and so much more! For starters, Youtube is one of the most powerful tools available to marketers, and one that is often underutilized.

The Dawn of "Skip" Advertising

In the “old” days (a few years ago), the norm would have been to use all this video to show targeted ads, known as “forced views", that interrupt viewing.

The problem with these TV-style commercials is that they weren’t exactly enhancing user experience. That is why a few years ago, Google started letting YouTube users skip ads. Though it seems normal now, this was a radical and fairly risky change at the time.

Pushing this strategy even further, Google more recently announced it will end altogether the 30 second “unskippable ad” format by 2018. The goal is to create a more sustainable balance between user and advertiser needs.

Why is Google Offering Skippable Ads?

Google is in the ad business, so letting people skip them seems a bit loony as a business model, right?

Ultimately, Google understood that forcing people to watch ads could cause users to leave the site. The company also understood that unskippable ads put no pressure on advertisers to create ads people wanted to watch. Allowing users to skip ads solves both of these issues.

Thanks to this pioneering idea by Google, we are now seeing the digital ad industry shift to the notion of "content as ads."

Skippable ads encourage advertisers to create content their target audiences actually want to watch. By definition, those who skip an ad are more likely to be the wrong audience, so it wouldn’t likely significantly benefit the advertiser much for those viewers to watch their ads anyway.

This solves an age-old problem for advertisers, since companies only pay for advertising that’s actually viewed. It’s also a win for users, who can either skip ads or choose to watch them if they are interested. Ultimately, Google benefits if both users and advertisers stick with YouTube.

The game is on then, for advertisers to produce ads people actually want to watch (imagine that!). There are no time constraints, either, so companies are free to experiment with length.

Can’t imagine voluntarily watching a 3 minute video? Lowe’s Home Improvement rolled out a long-format ad with a skip option and had over 18 million views!

Would you skip this ad?

In this new era where ads need to be quality content or they’ll get skipped, what should businesses keep in mind? It’s a brave new world, but keeping a few important tips in mind will help you adjust with ease.

To promote its new Kickstart product, Mountain Dew tested three different variations of the same YouTube ad: the original 30-second spot, a slight variation, and a "Pure Fun" version that was three times longer but had less overt branding.

The results showed that more viewers watched the "Pure Fun" version on mobile compared to desktop, and they also watched on average for a longer period of time.

The data also showed that 54% fewer viewers could recall that the "Pure Fun" version was an ad for Mountain Dew. Sounds bad, right? Except viewers could remember the brand just as well as the other video cuts.

In other words, there was an equal brand lift throughout the experiment, except in the "Pure Fun" option people couldn’t recall it was an ad, because the branding was baked into the content. The ad was content, and the results were highly beneficial.

Brand marketers have an instinct to show a logo early in an ad. The creative team wants to avoid putting a logo first since it can cause viewers to skip. The tension is real!

"Research shows that when YouTube ads include a brand logo or mention early on, there’s an inverse relationship between recall and engagement."

While ads with the brand featured in the first five seconds generally have higher ad recall, people are more likely to skip them. So, what’s an advertiser to do?

Ideally, make sure the logo is tied to your product, not appearing elsewhere on the screen. Research shows that floating brand logos (compared to logos on products) result in a higher skip rate.

Think of the last ad you saw and loved. Did it make you laugh? Did your eyes well up? Grabbing the audience’s attention in the first five seconds starts with setting the right tone.

Google conducted a study to test ten categories of tone, including "humorous," "emotional," and "calming," to name a few. As you might have guessed, humorous ads were the most successful. People are more likely to watch humorous ads, and those ads also see greater lifts in terms of ad recall and brand awareness.

How do you make a humorous, unskippable ad? Geico’s legendary example is a great place to start.

"We had the research. We knew the skip rate after five seconds was 96 percent, so we collectively challenged ourselves to find a workaround," says account director Brad Higdon of the Martin Group, the agency behind the ad. "If we're going to interrupt someone on their way to watch something they actually sought out, and want to watch, we better make it worth their while."

Another great example is the Australian Metro’s public service announcement reminding people how not to die around trains. The entire population of Australia is 25 million, but their video ended up with nearly 150 million views.

Authenticity matters; just ask Hannah Hart or Bethany Mota (or their 2.5 million and 10 million subscribers, respectively).
Something as simple as smiling characters in the first five seconds can improve brand metrics. A recognizable face increases viewership and contributes to a higher brand lift.

A Google study found that when it came to brand awareness, music in the first five seconds may have a negative impact.

If you’d like to test out its impact for yourself, the study also found that some musical styles were more effective than others. Overall, people were more likely to skip ads that featured calming, relaxing, or—at the other end of the spectrum— action-oriented music.

5. Let Your Audience Find You

Define your audience using Google’s targeting tools, and use the TrueView ad format to only pay for ads people actually watch.

This approach allows businesses to affordably run ads across the entire network and let users self-select out of your advertising.. Just be sure to target only the geographic areas you’re interested in!

@suemyerssmith @SoundBoardEvent Just make sure to adjust settings to target only the geo you're interested in!

Creating great ads is just the beginning. It’s critical to experiment with ad variations and techniques and measure their performance.

Businesses can use analytics.youtube.com to do this. Meanwhile, keep on the lookout for the Google Ads Data Hub. The hub combines business performance data with Google’s data for full cross-device measurement. The future is now! 🙂

This data-driven approach will help you determine what works for realizing your business goals and objectives.

The lines between advertising and content are quickly blurring beyond distinction. It doesn't take "ads" to move brands, it takes content. The sort of content that users might not even feel or think of as ads. Get testing!